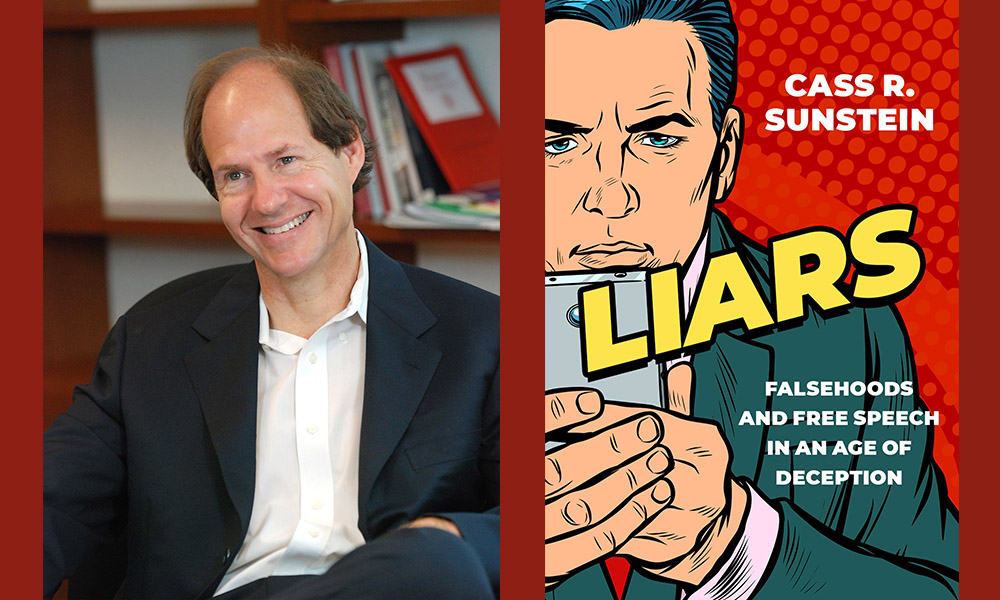 All over the world, people are circulating damaging lies and falsehoods that are amplified as never before through powerful social media platforms that reach billions. From narratives that claim COVID-19 is a hoax to public officials spreading untruths to unfriendly governments circulating lies in order to destabilize other nations, Sunstein probes the fundamental question of how we can deter lies while also protecting freedom of speech. How can governments regulate specific kinds of falsehoods: those that genuinely endanger health, safety, and the capacity of the public to govern itself? What role can platforms such as Facebook and Twitter play to stop the spread of falsehoods that both threaten public health and undermine the foundations of democracy itself? Join Cass R. Sunstein for a riveting look at how and why lies and falsehoods spread so rapidly now, and how we can reform our laws and policies regarding speech to alleviate the problem.

Cass R. Sunstein is the Robert Walmsley University Professor at Harvard University and serves as a senior counselor in the U.S. Department of Homeland Security. From 2009 to 2012, he was Administrator of the White House Office of Information and Regulatory Affairs. In 2018, he received the Holberg Prize from the Government of Norway, often described as the equivalent of the Nobel Prize for law and humanities. Founder and director of the Program on Behavioral Economics and Public Policy at Harvard Law School, he has been involved in law reform activities in nations all over the world. He is the author of many articles and books, including Nudge, How Change Happens, and Too Much Information.

PURCHASE A COPY OF LIARS:Falsehoods and Free Speech in an Age of Deception from Broadway Books

Event made possible in part with the generous sponsorship of

Cass R. Sunstein | Liars: Falsehoods and Free Speech in an Age of Deception