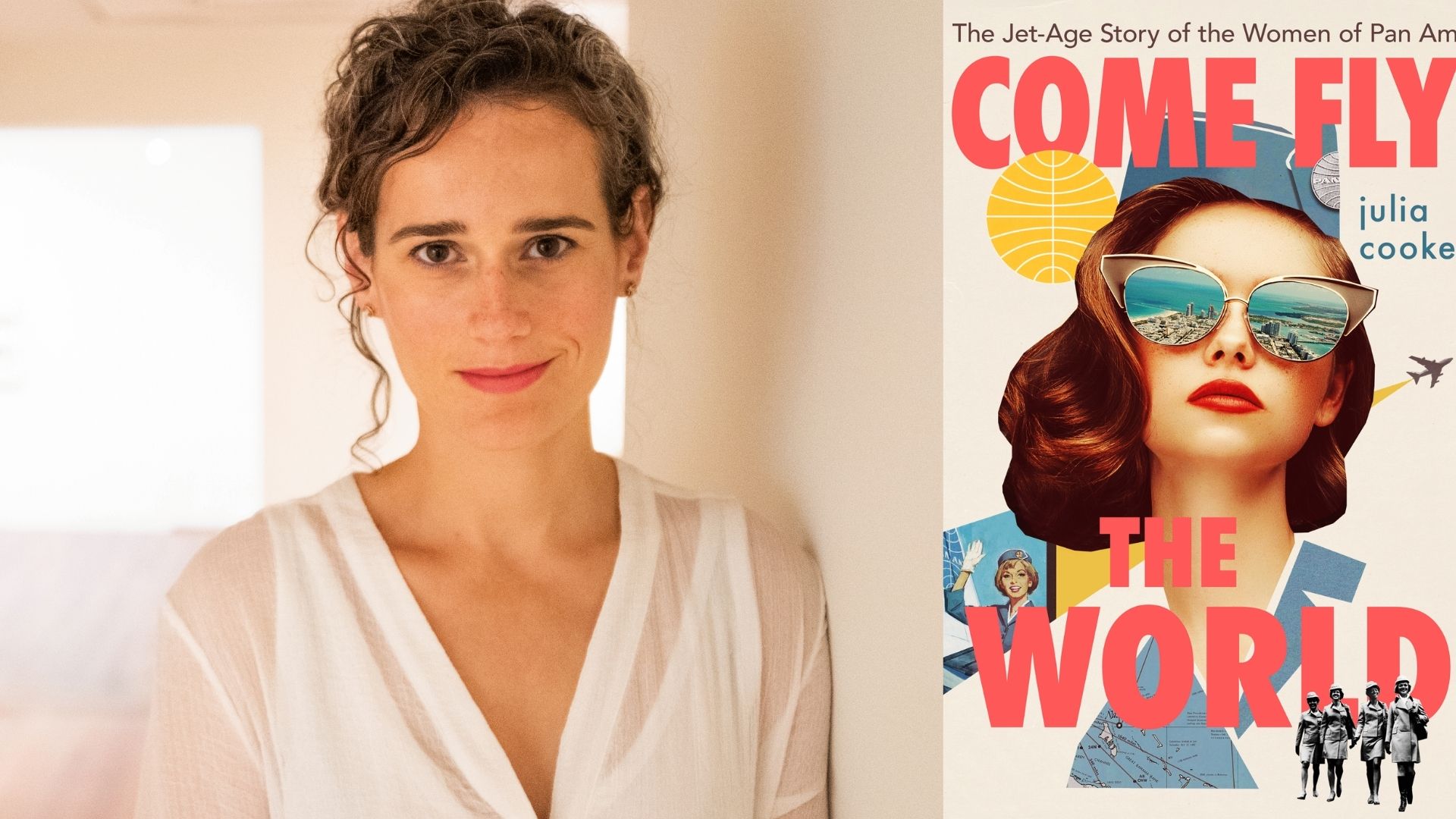 Join us as Julia Cooke brings to light the story of Pan Am stewardesses’ role in the Vietnam War, as the airline added runs from Saigon to Hong Kong for planeloads of weary young soldiers straight from the battlefields, who were off for five days of R&R, and then flown back to war.

Glamour, danger, liberation: Required to have a college education, speak two languages, and possess the political savvy of a Foreign Service officer, a jet-age stewardess serving on iconic Pan Am between 1966 and 1975 also had to be between 5′3" and 5′9", between 105 and 140 pounds, and under 26 years of age at the time of hire. Julia Cooke’s intimate storytelling weaves together the real-life stories of a memorable cast of characters, from small-town girl Lynne Totten, a science major who decided life in a lab was not for her, to Hazel Bowie, one of the relatively few Black stewardesses of the era, as they embraced the liberation of their new jet-set life.

Julia Cooke's reporting has been published in Condé Nast Traveler, The New York Times, Smithsonian, The Village Voice, and Virginia Quarterly Review, where she is a contributing editor. Her essays have been published in A Public Space, Salon, The Threepenny Review, Tin House, and more. Come Fly the World is her second book. Her first book, The Other Side of Paradise: Life in the New Cuba, published in 2014, was called "absorbing, touching... wonderful vignettes covering the daily lives of Cubans in which their hopes, dreams, and frustrations are revealed" by Booklist and "incomparable" by Time Out New York. She has discussed contemporary Cuba on PBS' Charlie Rose Show, NPR's All Things Considered, and PRI's The World, as well as in lectures at WorldOregon and other World Affairs Councils, as well as colleges. Julia is the recipient of fellowships from The Norman Mailer Center, The Constance Saltonstall Foundation, and Columbia University. She holds an undergraduate degree from Georgetown University and an MFA from Columbia University.

Read more about the book

PURCHASE A COPY OF COME FLY THE WORLD from Broadway Books

Julia Cooke | Come Fly the World: The Jet-Age Story of the Women of Pan Am