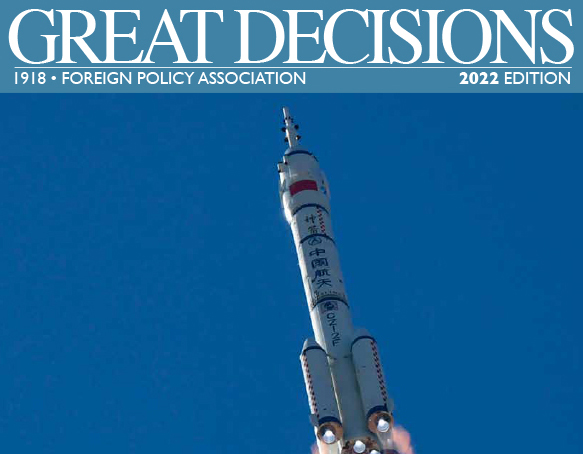 This year's series is a partnership with the Global Leadership and Management specialization in the Masters of Public Administration program at Portland State University.

Also note: due to the pandemic and programs being all-online, we will not be selling Great Decisions books but they may be purchased from the Foreign Policy Association here.

Not a current member? Renew or join and get a member-series pass for Great Decisions (and save $10!).

Join us for bonus discussion sessions, facilitated by WorldOregon and graduate students in the Global Leadership and Management specialization in the Masters of Public Administration program at Portland State University and participate in a deeper dive into the some of the key topics from this year’s series. These discussions are conducted online, registration required.