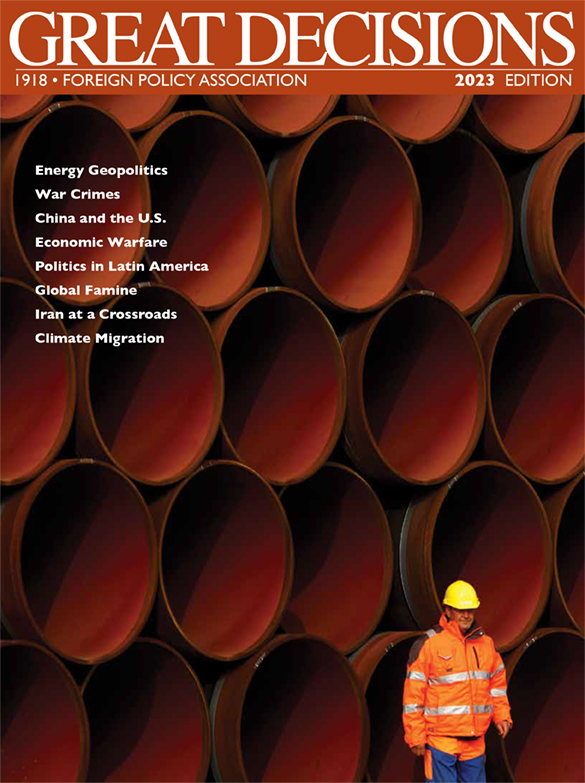 Stay tuned for a full series announcement with links to purchase series or individual tickets and complete venue and streaming information in early January. Portland State University will host and we are working out final details!

One of WorldOregon's favorite events of the year is the annual Great Decisions series--which celebrates its 70th anniversary in 2023!  As in previous years, this series features eight hard-hitting topics selected by the Foreign Policy Association --don't miss this year's edition of the oldest, largest grassroots, people-powered, foreign policy series in the country, which had its start here in Portland in 1953.

NOTE: There is no program on Friday, February 10

Not a current member? Renew or join and save on a member-series pass for Great Decisions.

WorldOregon's Great Decision series is presented in partnership with Portland State University and made possible in part with the generous support of Kathy Moyd.