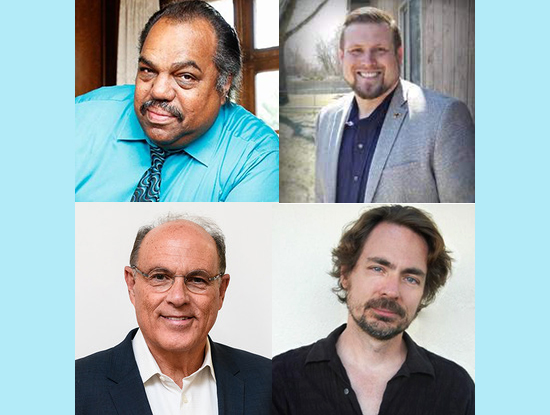 Cure Violence Global (CVG) has worked around the world, de-escalating violent conflict utilizing a public-health lens to interrupt and stop the spread of violence. Join us as three experts in the field discuss how this model can be applied to right-wing extremism in the Pacific Northwest: Dr. Gary Slutkin, the founder of CVG, Ryan Lo’Ree, a former right-wing extremist who does intervention work with Parallel Networks, and Daryl Davis, a blues musician who has helped walk hundreds of Klansmen out of the world of hate.

REGISTER FOR THIS EVENT HERE

Randall Blazak’s scholarship on hate crimes and hate groups has made him a regular commentator in media outlets from NPR and CNN to BBC and Al Jazeera. Blazak earned his PhD at Emory University in 1995 after completing an extensive field study of racist skinheads that included undercover observations and interviews across the world. He became a tenured sociology professor at Portland State University and currently teaches sociology at the University of Oregon. His work has taken him from classrooms to criminal trials. His research has been published in academic journals, books and in the mainstream press. His co-authored book, Teenage Renegades, Suburban Outlaws Wadsworth (2001) and his edited volume, Hate Offenders (Praeger, 2009) have been widely adopted. Since 2002, he has been the chair of the Coalition Against Hate Crimes. He has worked with the National Institute of Justice and the Southern Poverty Law Center on hate crime research issues. Blazak regularly speaks at conferences, consults on criminal cases, and leads workshops on the topics of hate and bias. He is currently the vice-chair of the steering committee in charge of implementing Oregon’s new bias crime law.

Dr. Gary Slutkin is founder and CEO of Cure Violence Global and credited with innovating the epidemic control approach to violence prevention. Gary is a physician and epidemiologist and has led efforts to combat epidemics of tuberculosis, cholera and AIDS. He worked in over 25 countries in east and central Africa, Latin America and Asia, consulted on SARS and Ebola, was the Director of Intervention for the World Health Organization and is currently tracking and advising governments on COVID19.

As a race relations expert, Daryl Davis has received acclaim for his bookKlan-Destine Relationshipsand his documentary Accidental Courtesy from many respected sources including CNN, NBC, Good Morning America, TLC, NPR, The Washington Post, and many others. He is also the recipient of numerous awards including the Elliott-Black Award, the MLK Award, and the Bridge Builder Award among many others. Filled with exciting encounters and sometimes amusing anecdotes, Daryl’s impassioned lectures leave an audience feeling empowered to confront their own prejudices and overcome their fears. Daryl is an international recording artist, actor, and leader of The Daryl Davis Band. He is considered to be one of the greatest Blues & Boogie Woogie and Blues and Rock’n’Roll pianists of all time, having played with The Legendary Blues Band (formerly the Muddy Waters band) and Chuck Berry. As an Actor, Daryl has received rave reviews for his stage role in William Saroyan’s The Time Of Your Life. Daryl has done film and television as well and had roles in the critically acclaimed 5-year HBO television series The Wire.

Ryan Lo’Ree works for Parallel Networks as an Executive Board Member, Interventionist and Program Specialist, and is involved in producing Parallel Network counter narrative content. Ryan was once a right-wing extremist with the Rollingwood Skins, a Michigan-based offshoot of the largest Nazi movement in the United States. As part of his healing and deradicalization, Ryan went on to create the Team Revelation Mixed Martial Arts, a program utilized to prevent troubled youth from entering gang and extremist cultures. Ryan has now helped to organize hundreds of justice rallies across the country, and his research has been centered around environmental impacts and their links to violent extremism. Ryan has helped to pass policy and proclamations in Flint and surrounding areas. He now brings his expertise to Parallel Network, contributing to the organization’s work on combating polarization, structural injustice, racism, hate, and violent extremism.

Interrupting Violence: From the Holocaust to Modern Hate Groups