"The one thing we need more than hope is action. Once we start to act, hope is everywhere."

This past year has seen a radical shift in the way that young people engage with global issues. From organizing climate strikes to pushing for policy reform on gun control, it's clear that youth are passionate about making a difference in their communities.

But these actions don't take place in a vacuum, nor are they spontaneous. They require organization, collaboration, and commitment. That's what our Young Leaders in Action (YLA) program hopes to instill in the next generation of global changemakers here in Oregon. 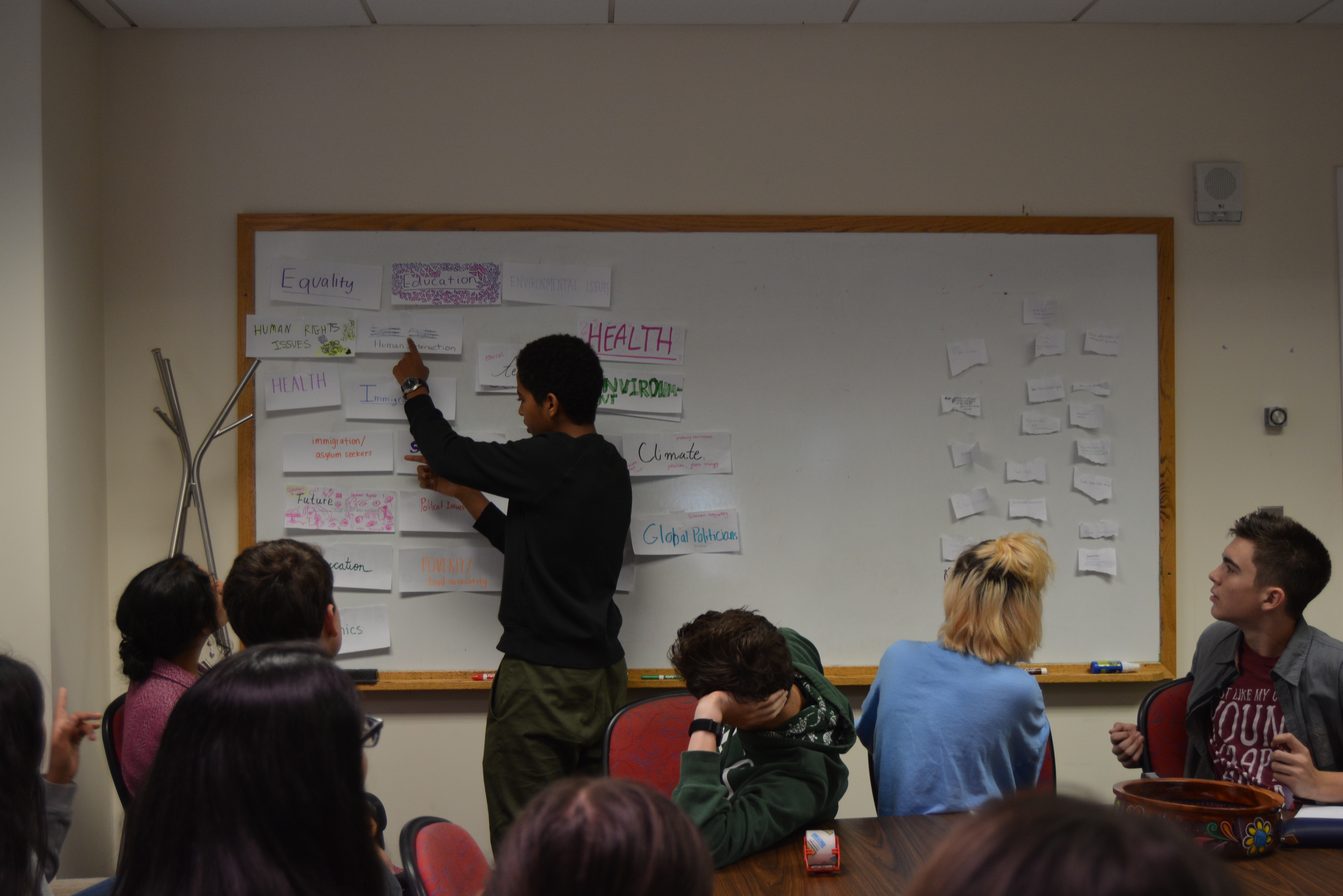 On September 22, our young leaders gathered together at the WorldOregon office to start focusing in on their future action project topics. YLA Coordinator Deb Delman felt that it was important to allow the students to choose their topics early on so they could be focused and productive in their monthly meetings.

"I wanted these young leaders to feel ownership and choose the issue they are most passionate about. That personal buy-in is incredibly important in laying the foundation for future success" she said.

The YLAs were first split into four groups where they started out by reading local, national, and global newspapers. They were instructed to clip out stories that spoke to them and decide on six categories to really focus on. Some of the groups found natural overlap on topics including environmental issues, education, and economics while others chose more general themes like the future, human interaction, and technology. 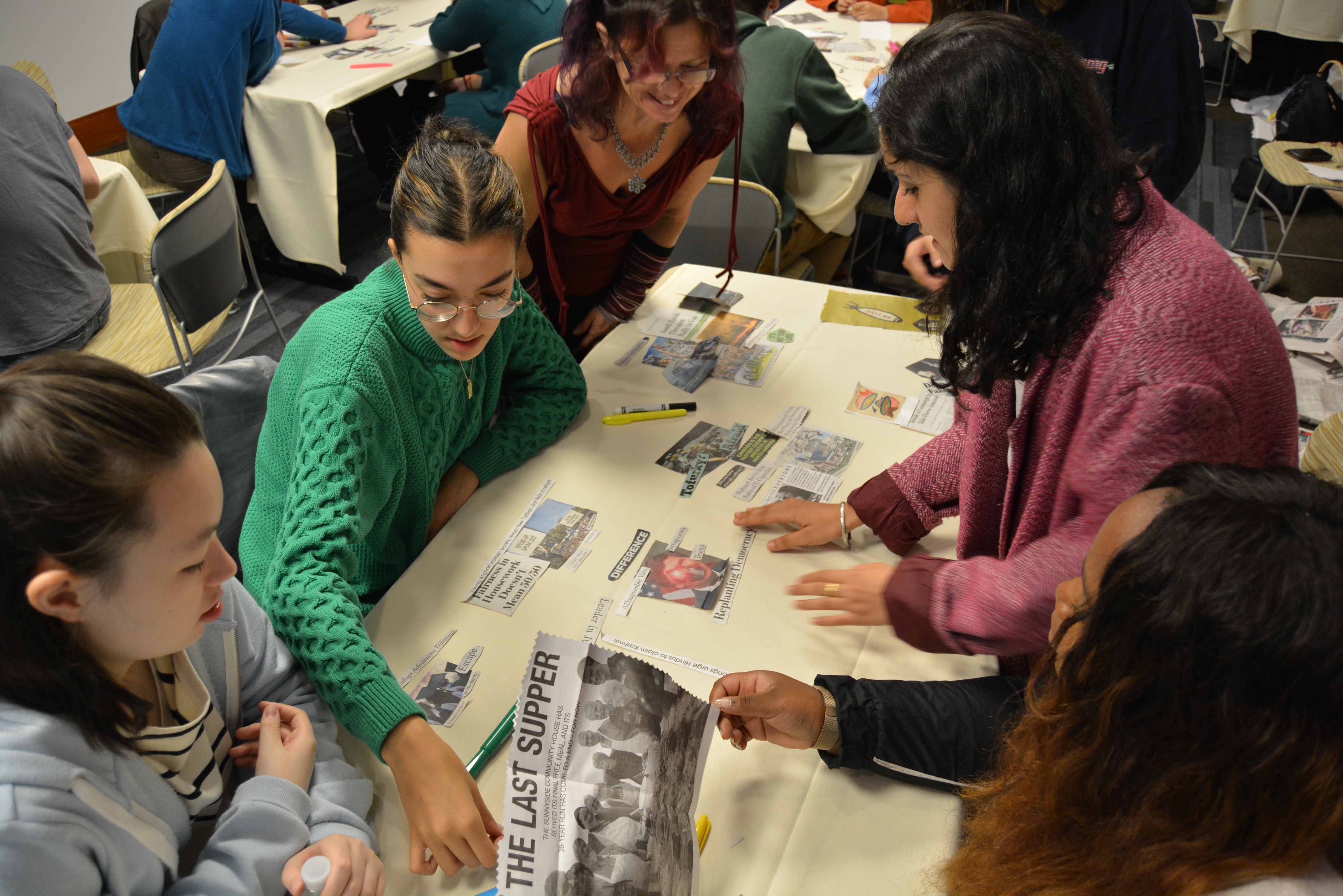 Afterwards, the groups met for an in-depth discussion about how these topics connected to one another. How does the environment influence immigration? What is the correlation between poverty and equality? Understanding the relationship between issues helped the students to understand the relation between local and global issues in terms of creating sustainable solutions. It also helped to inform their decision about which topics to focus on for their future action projects. 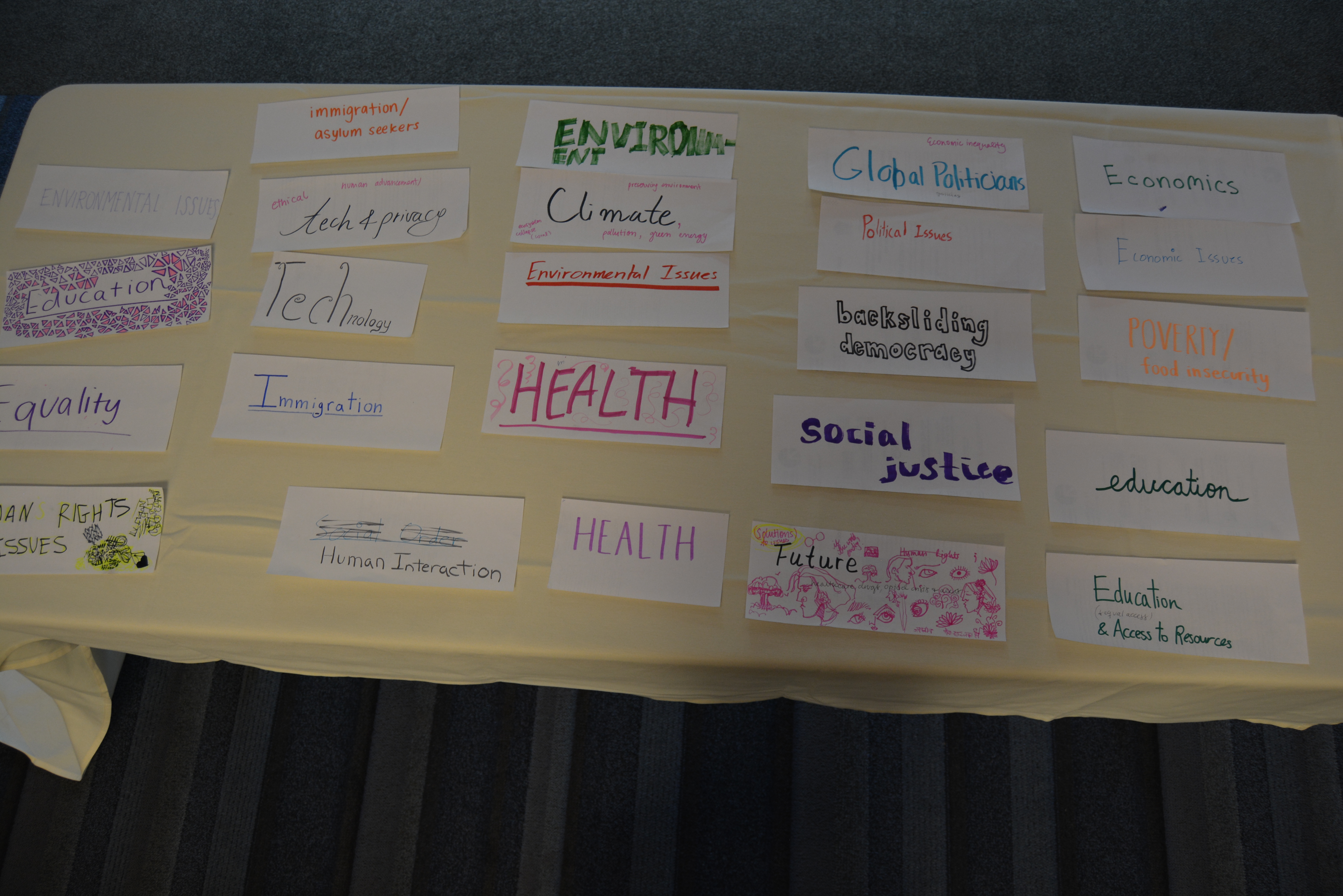 After narrowing the topic field to 24, all four groups came together to start debating which issues they were most passionate about. Deb told the group that she wouldn't interfere with their discussion so long as they followed three ground rules: facilitators had to change every five minutes, everyone had to participate, and there had to be group consensus before any major topic selection took place. Stepping back--the YLAs then began to unpack the various themes.

"Something happened in the discussion where they started to own these issues not just as individuals--but as a group. It was really incredible to watch" Deb commented.

At the end of the discussion the YLAs came away with three main themes for their action projects: human rights, political reform, and environmental issues.

The goal of the first exercise was to get the students thinking about issues that they care most about. The next step was to focus on the face of leadership, with a special emphasis on what youth leaders are doing to address issues both globally and locally.

Were the leaders predominantly men, or women? Dead or alive? How many people of color? Were they local, national, or global leaders? Which ones were under 25 years old? I thought it was important to see what trends emerged from the YLAs' list of leaders. At the end of the exercise, we definitely noticed some patterns." 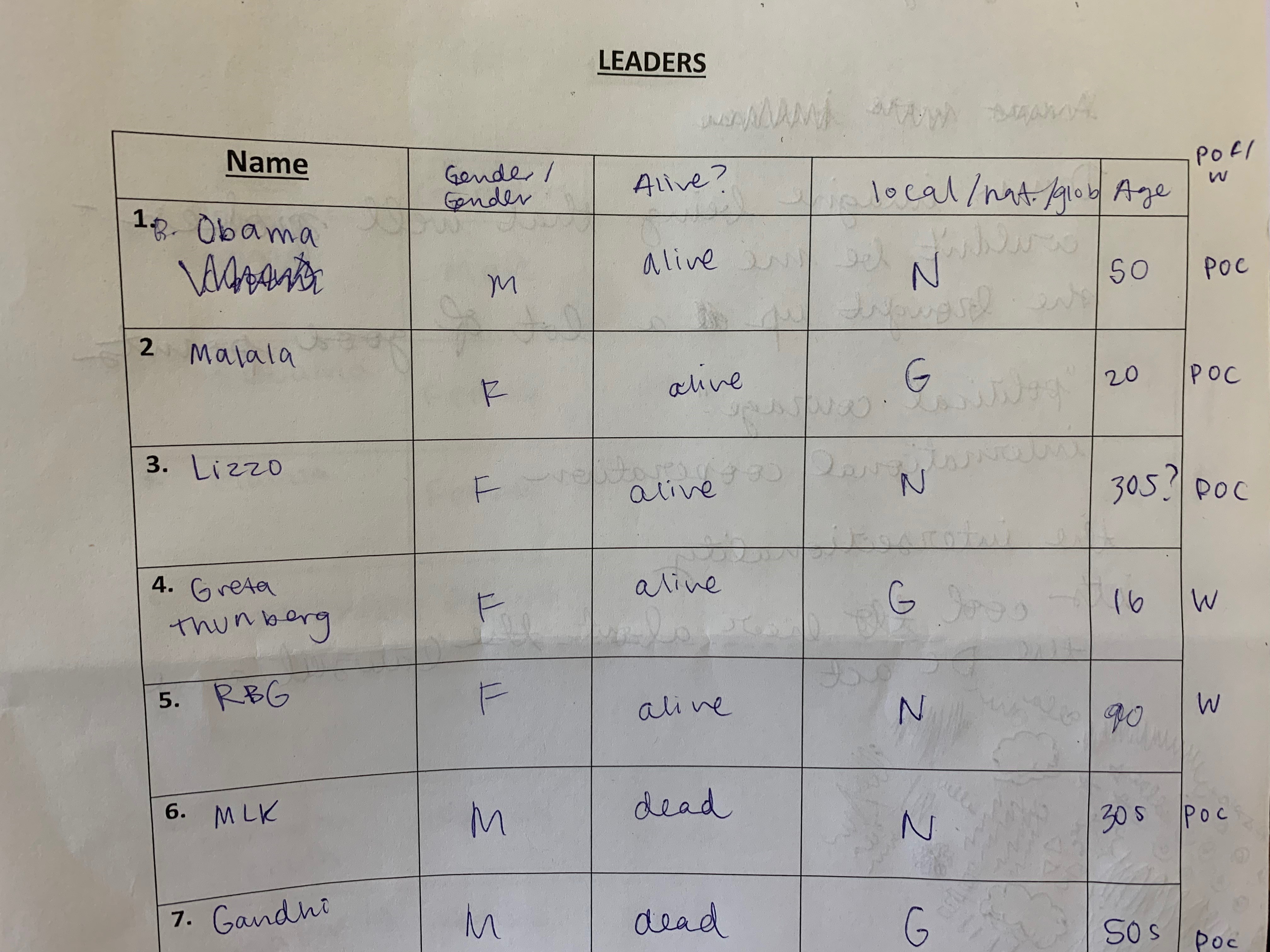 Once the students could visibly compare the demographics, they were encouraged to write about their perceptions of what constitutes a leader. Many of the YLAs also started to open up about their personal experiences and the burden that youth shoulder today in the face of so many international issues. One YLA participant commented:

"It's interesting that, when I think of leaders, my head goes straight to older international leaders. But there are lots of youth demanding change. We need to learn about action NOW and acknowledge the power of young people's actions." 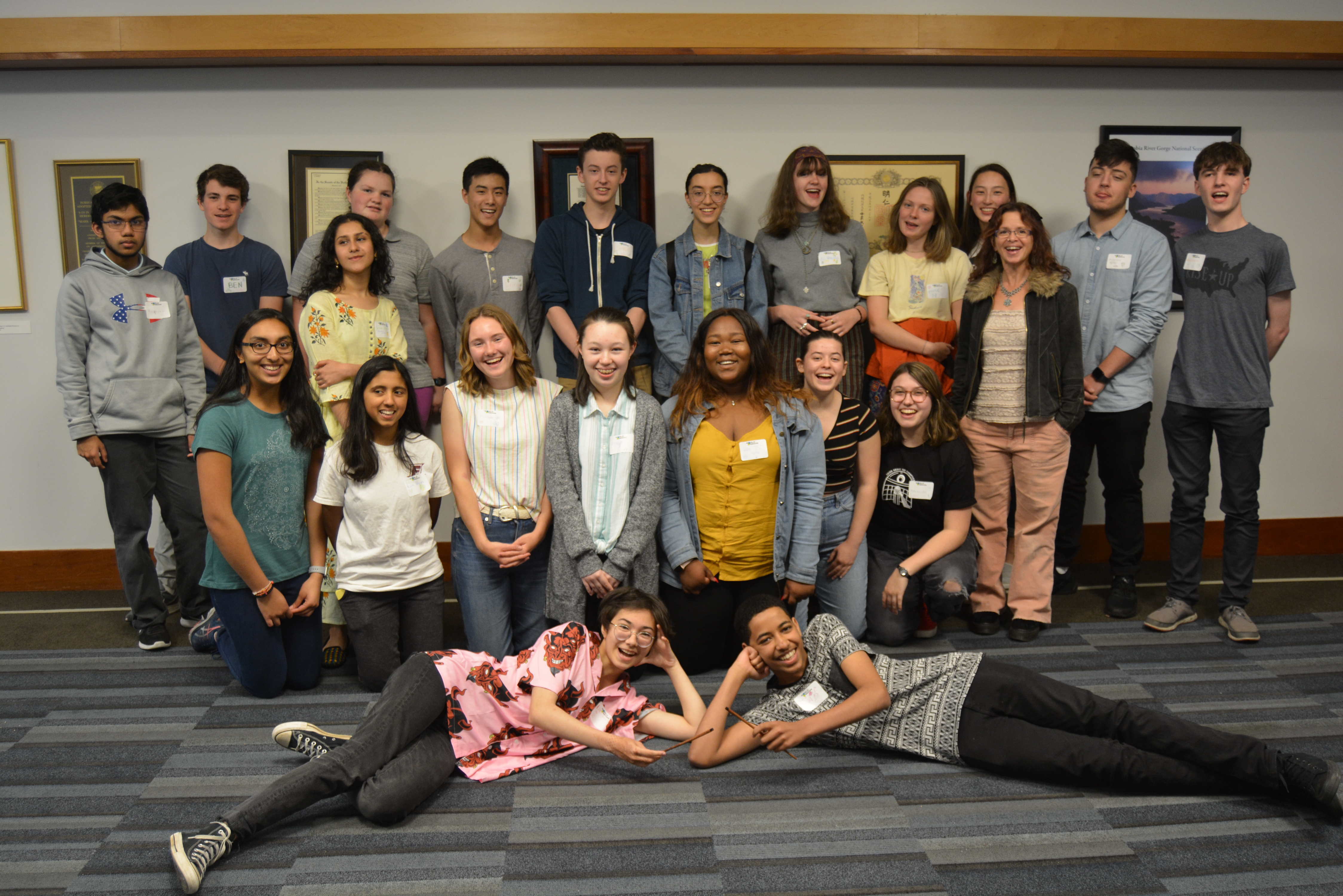 The Young Leaders in Action program is generously sponsored by: