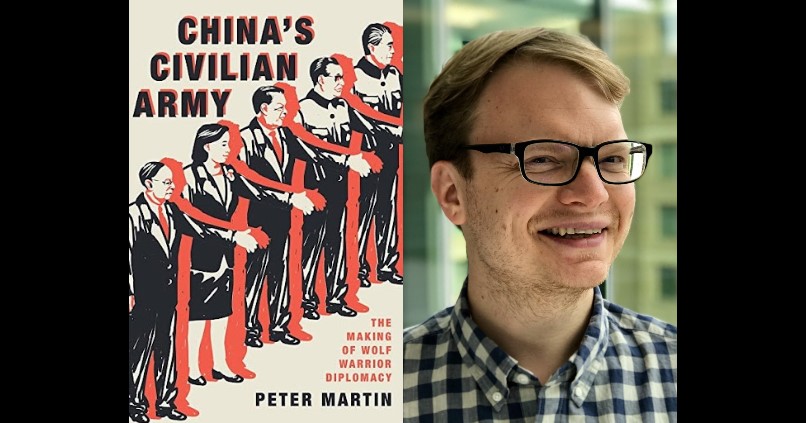 Join author Peter Martin for a look into the untold story of China's transformation from an isolated and impoverished communist state to a global superpower from the perspective of those on the front line: China's diplomats.

Little is known or understood about the inner workings of the Chinese government as the country bursts onto the world stage, as the world's second largest economy and an emerging military superpower. China's diplomats embody China’s battle between insecurity and self-confidence, internally and externally. To this day, Chinese diplomats work in pairs so that one can always watch the other for signs of ideological impurity. They're often dubbed China's "wolf warriors" for their combative approach to asserting Chinese interests.

Drawing for the first time on the memoirs of more than a hundred retired diplomats as well as his own first-hand reporting as a journalist in Beijing, Peter Martin blends history with current events to tease out enduring lessons about the kind of power China is set to become— as seen from the inside.

Peter Martin is a political reporter for Bloomberg News. He has written extensively on escalating tensions in the U.S.-China relationship and reported from China's border with North Korea and its far-western region of Xinjiang. He previously worked for the consultancy APCO Worldwide in Beijing, New Delhi, and Washington, where he analyzed politics for multinational companies. In Washington, he served as chief of staff to the company's global CEO. His writing has been published by outlets including Foreign Affairs, National Interest, The Guardian, The Jamestown China Brief, The Diplomat, and The Christian Science Monitor. He holds degrees from the University of Oxford, Peking University, and the London School of Economics.

PURCHASE your copy of China's Civilian Army: The Making of Wolf Warrior Diplomacy from our partners at Broadway Books

Copresented with the Northwest China Council