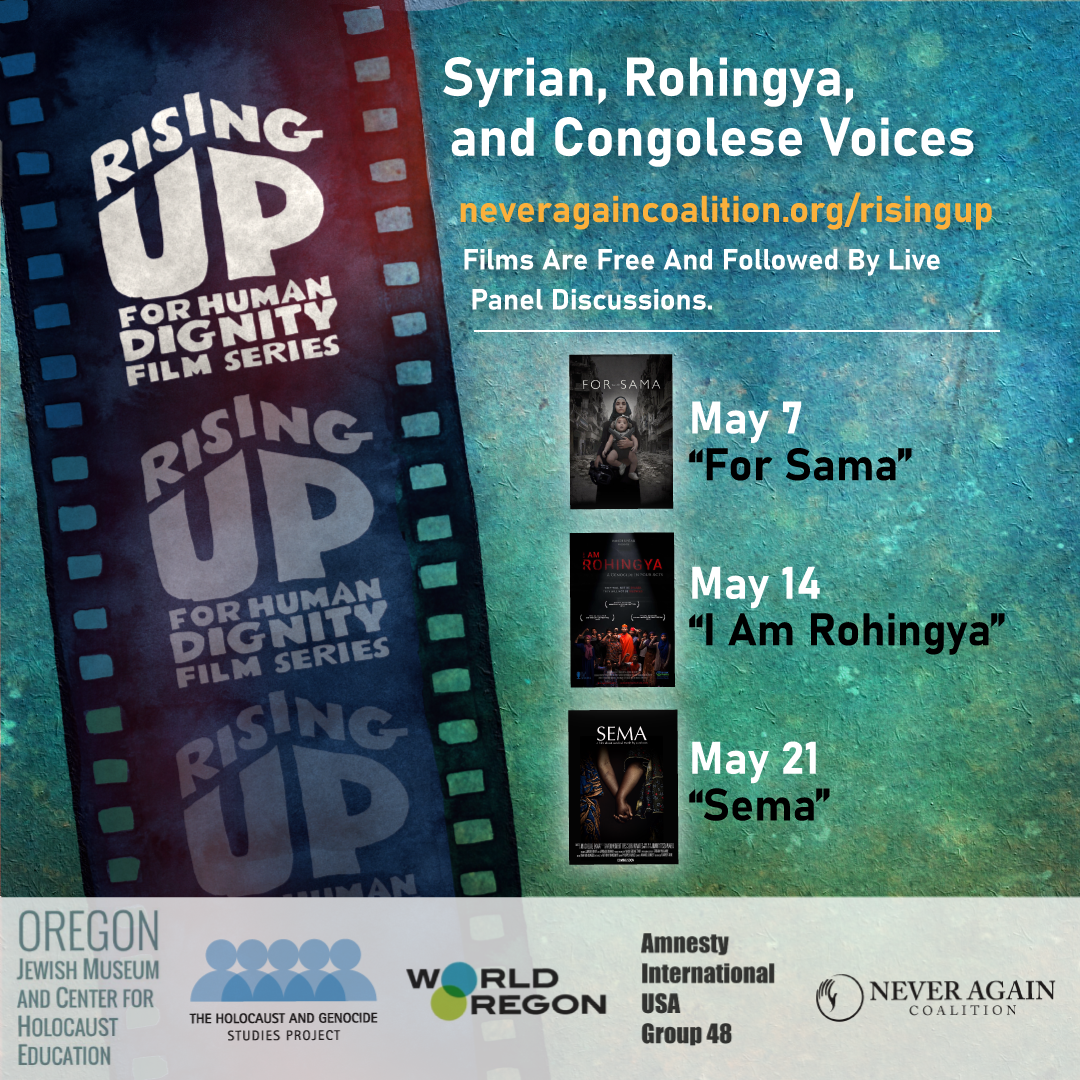 Discover the voices of artists and performers from within communities in conflict and their diasporas around the world who are rising up and speaking out for human dignity. Please join us for this free film and virtual discussion series in May.

All discussions will be live streamed on Thursdays in May, starting at 7pm (PST)

Thursday, May 7, 7 pm | Virtual Discussion on FOR SAMA 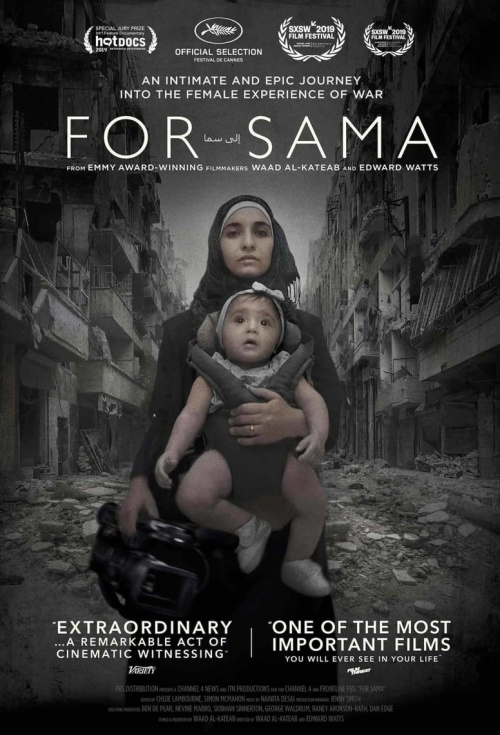 Thursday, May 14, 7 pm | Virtual Discussion on I AM ROHINGYA: A GENOCIDE IN FOUR ACTS 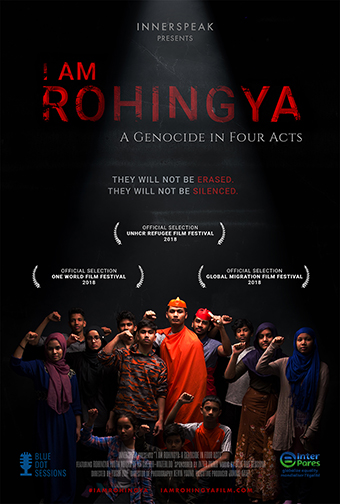 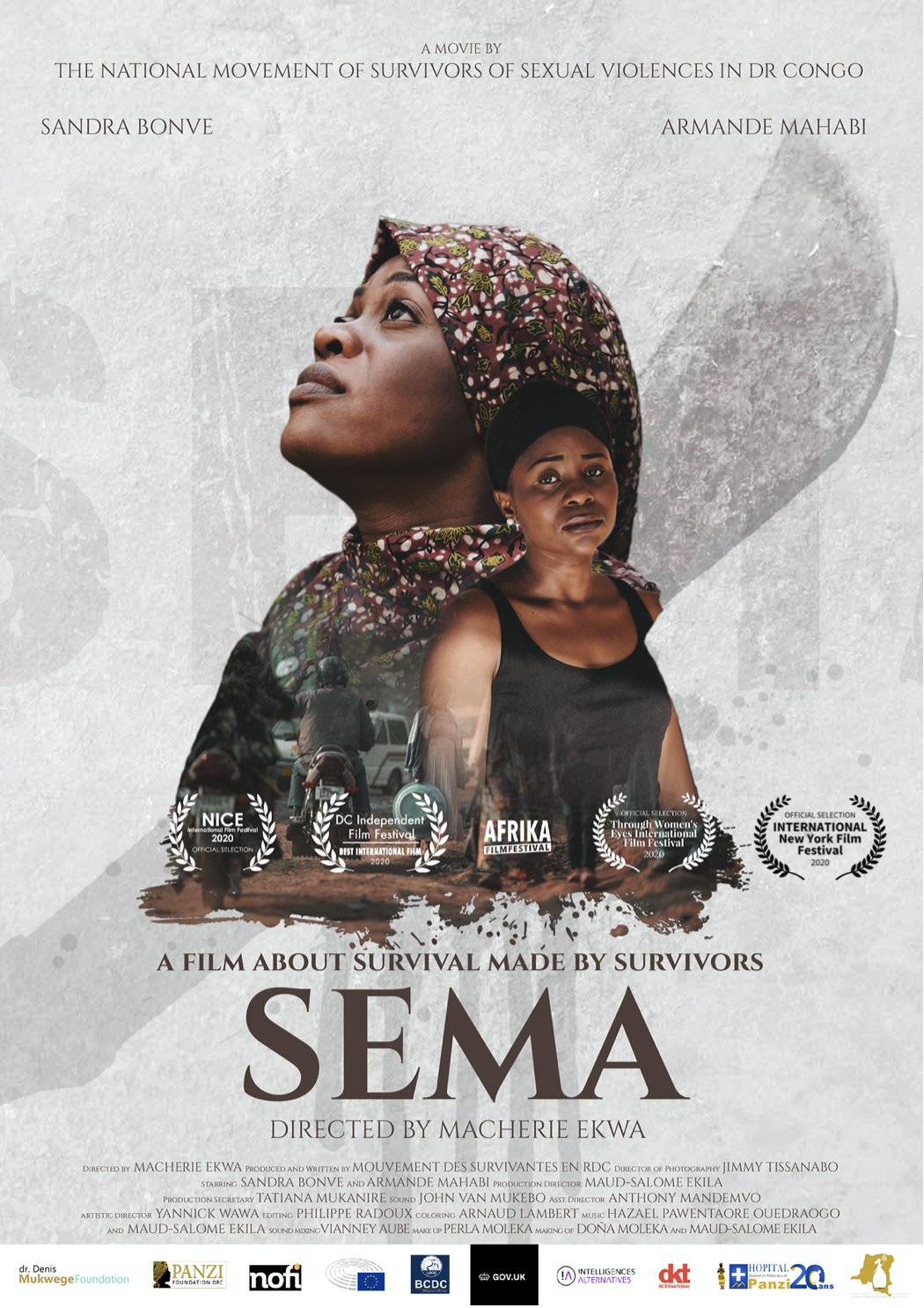