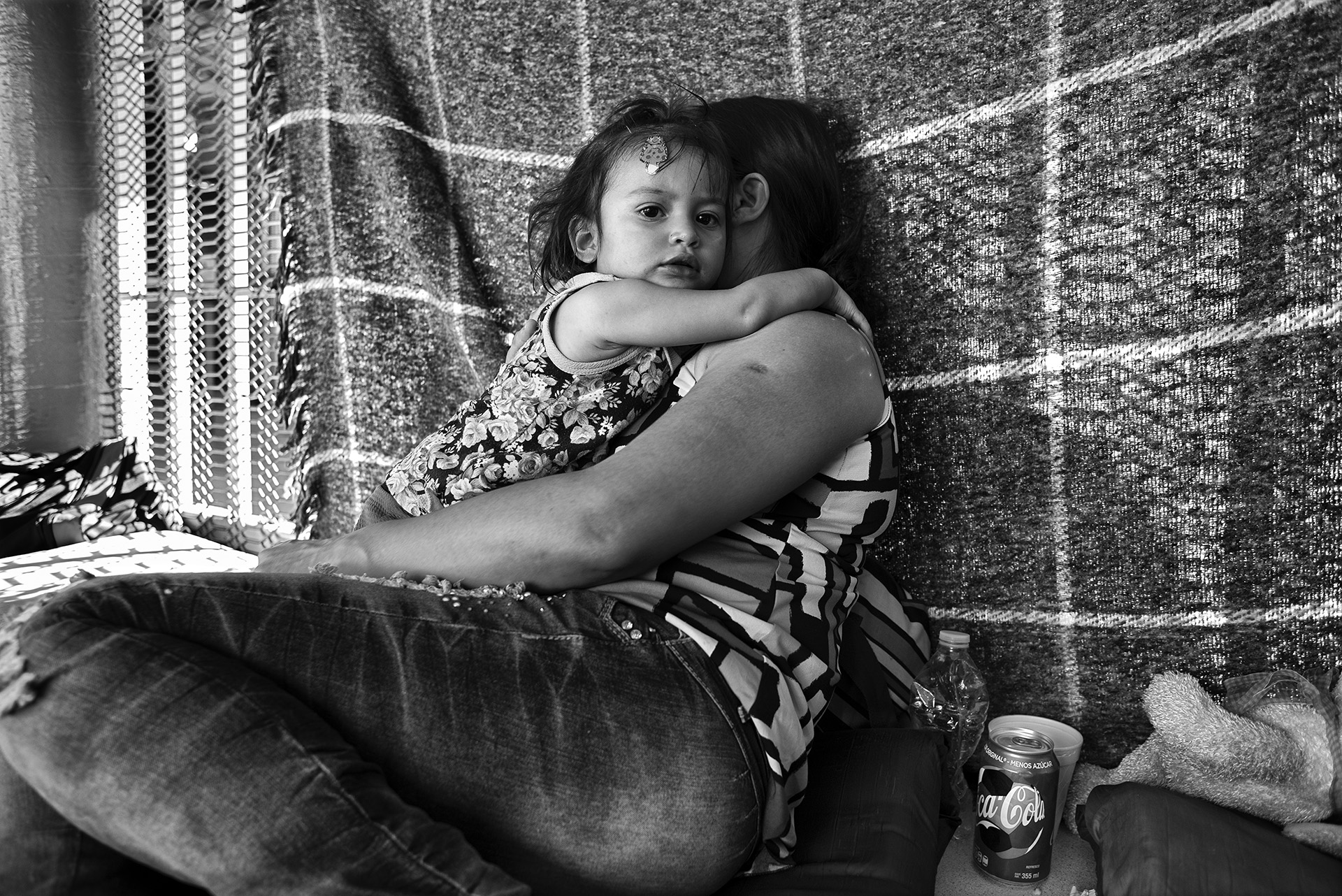 Join us for a discussion with documentary photographer Greg Constantine; Warren Binford, a professor of Law and Director of the Clinical Law Program at Willamette University and an internationally recognized children’s rights expert; and Michael Garcia Bochenek, senior counsel to the Children’s Rights Division of Human Rights Watch on the wide-scale impacts of immigration detention in the U.S. and globally —as seen through the lens of photography and first-hand accounts.

This event uses Constantine’s long-term documentary project Seven Doors as a launch-pad to explore how governments are increasingly using detention as a significant component of immigration and asylum policy and exposes the impact, trauma and human cost detention has on asylum seekers, refugees, stateless people, and migrants around the world.

Each chapter of Greg Constantine’s project is being released as an independently published, print-zine called the SEVEN DOORS Journal. Click here for information on The United States: American Gulag, Part One

Greg Constantine is a documentary photographer from the U.S. He spent 12 years working almost exclusively on the project Nowhere People. He is the author of three books: Kenya's Nubians: Then & Now, Exiled To Nowhere: Burma's Rohingya, which was named a 2012 Notable Photo Book of the Year by the Independent on Sunday in the UK and PDN Magazine and was a Finalist for the Asia Photo Book Awards, and Nowhere People, which was named a Notable Book of the year by PDN Magazine and Mother Jones. In 2017 he started a new project titled, SEVEN DOORS, which explores and exposes the impact and injustice of immigration detention in several countries around the world. Exhibitions of his work have been held in over 50 locations worldwide, including: Washington, DC, New York City, Geneva, Brussels, Madrid, Rome, Budapest, Dublin, The Hague, Perpignan, Edmonton, Bangkok, Jakarta, Tokyo, Kuala Lumpur, Hong Kong, Nairobi, Istanbul, Busan and Phnom Penh. For more information please visit: www.7doors.org and www.nowherepeople.org

Warren Binford is Professor of Law and Director of the Clinical Law Program at Willamette University. An internationally recognized children’s rights expert, Professor Binford was invited by legal counsel in Flores v. Barr to help conduct a series of site inspections of especially concerning government facilities where migrant children have been detained since 2017, including the former Walmart, the Tornillo tent city, and most recently, the Clint Border Patrol Facility, among others. Professor Binford was selected as both a Fulbright Scholar in 2012 and the inaugural Fulbright Canada-Palix Foundation Distinguished Visiting Chair in Brain Science, and Child and Family Health and Wellness in 2015. She holds a B.A., summa cum laude with distinction, and an Ed.M., from Boston University, and a J.D. from Harvard Law School.

Michael Garcia Bochenek is senior counsel to the Children’s Rights Division of Human Rights Watch, focusing on juvenile justice and refugee and migrant children. He has researched and reported on criminal and juvenile justice systems and prison conditions, the protection of refugees and internally displaced persons, the exploitation of migrant workers and other labor rights issues, the rights of lesbian, gay, bisexual and transgender persons, and rights violations in armed conflict, including the use of children as soldiers. From 2006 to 2015, he was director of policy and then director of law and policy for Amnesty International’s secretariat in London, where he oversaw strategic litigation, among other responsibilities. Earlier, he worked as counsel, senior researcher, and then deputy director of Human Rights Watch’s Children’s Rights Division in New York, directed a non-profit immigration legal services office in Washington's Yakima Valley, and was the Leonard Sandler Fellow with Human Rights Watch’s Americas Division in Washington, DC. He holds a bachelor’s degree from Michigan State University and a law degree from Columbia University. In addition to English, he speaks Spanish and Portuguese.