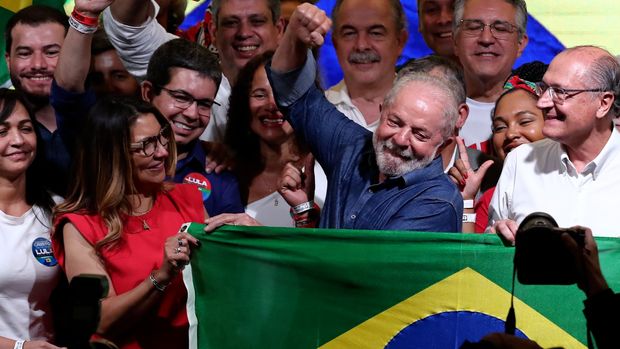 Taking a turn to the left (joining Chile, Mexico, Peru, Colombia, Honduras, and Argentina who have all chosen similar paths recently), this could be seen as Brazil’s rejection of Bolsonaro’s far-right agenda, which over the past three years was marked by attacks on democratic institutions, science and public health, human rights, the media, the left, and the wholesale destruction of indigenous lands and rights. Lula, who served two terms as president between 2003 and 2010 and presided over an economic boom that lifted tens of millions of Brazilians out of poverty, has had a rocky path. Imprisoned on corruption charges (which were later annulled), Lula’s comeback could well signal a positive change forward for a reinvigorated democracy, and the frayed edges of economic, environmental, and social justice in South America’s largest country.

Beyond the campaigning what can we expect from a Lula presidency? Will Brazil's elections be a victory for democracy at a time of considerable global democratic backsliding? What does Brazil's election mean for the United States? Could the turn to the left lead to further increase tensions with Bolsonaro’s populist base and or will it bridge divides over trade, social and environmental justice, and the safeguarding of democracy?

Shawn Smallman is a Professor of International and Global Studies at Portland State University (PSU), who has done work on global health, civil-military relations, Latin America and Indigenous issues. His first book, Fear and Memory in the Brazilian Army and Society, studied the breakdown of democracy in Brazil. He then wrote The AIDS Pandemic in Latin America, based on field work in Brazil, Cuba, and Mexico, with such diverse groups as drug traffickers and addicts, sex workers, people living with HIV, and doctors. He also co-authored a textbook with Professor Kim Brown titled An Introduction to International and Global Studies." The textbook is now in its third edition. Most recently he has written articles about conspiracy theories in both public health and politics. In 2019 he won the PSU College of Urban and Public Affairs "Researcher of the Year" award.

The Election in Brazil—What Does it Mean for Democracy? | Shawn Smallman