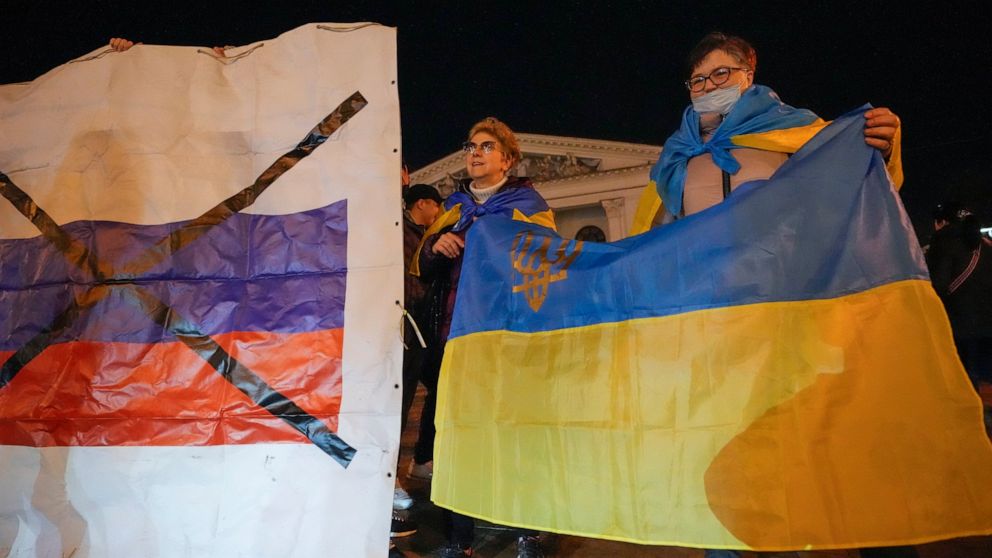 WorldOregon denounces Russian President Vladimir Putin’s evil and unconscionable invasion of Ukraine— a dastardly and craven act of aggression against a sovereign nation that flies in the face of all international norms. There are sadly many armed conflicts in the world, but none that pose such a dire threat to global peace.

The invasion represents a direct contradiction of promises Russia made to Ukraine and the international community to ensure Ukrainian security when Ukraine disposed of its nuclear weapons. Putin’s implied nuclear threats against NATO are even more despicable in light of his violence against Ukraine. In addition to the innocent Ukrainian lives now in harm’s way, Putin’s authoritarian actions have threatened the peace and security of Europe and put the entire world at risk.

WorldOregon plays a small but important role in international citizen diplomacy. Our exchange programs supported by the U.S. government, like Community Connections, help expand peaceful global interactions— including for many years with citizens of Russia, Ukraine, and Belarus. Through these programs, WorldOregon has nurtured important, lasting friendships and partnerships, including those with the significant Ukraine immigrant and refugee and Ukrainian-American community in Oregon—a very rich part of our state’s social fabric—and our hearts are with them.

It is both infuriating and heartbreaking that Putin has deliberately chosen a path of war over peace, fighting over diplomacy— with a failed justification built on lies and misinformation. In doing so, Putin and his sycophantic regime show a callous disregard for the people of Ukraine, Belarus, and Russia, which could possibly trigger wider conflict in Europe.

Punitive and targeted sanctions imposed in coordination with U.S. allies, on Russia and its oligarchic leaders, and a redoubling of U.S. and NATO efforts to safeguard the rest of Europe from Putin’s expansionist designs, are essential to contain this unprovoked act of aggression. The people of Oregon and SW Washington must join with peace-loving people around the world and #StandWithUkraine in the face of this terrible attack.