"I was 15 when I first came to the United States to marry my first husband" Jaha began.

Normally--child marriage isn't the first topic you would bring up with a room full of high school girls at St. Mary's Academy. And yet Jaha is no stranger to uncomfortable situations. 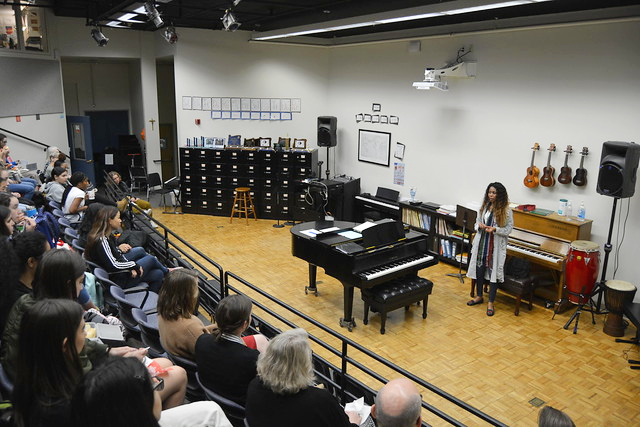 Jaha Dukureh speaks at St. Mary's Academy in Portland, OR

Jaha Dukureh was raised in a prestigious Muslim family in a conservative rural village in The Gambia. In her community strict gender norms keep many women from attending school, getting jobs, or even control over their own bodies. After divorcing her first husband in the United States at 17, Jaha was at a crossroads. Should she follow the path laid out for her as an obedient wife and mother, or should she strive for more?

"Not one girl in my entire family had ever gotten an education. Not one of them had ever been raised to be anything other than a mother and a wife. I am the first woman in my family to break that cycle." 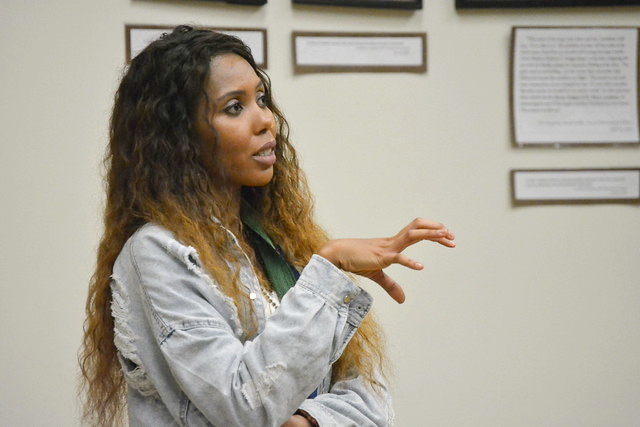 Jaha's journey from her village in rural Africa to the bustling streets in the Bronx is something straight out of a Hollywood movie. She came to the United States at the same age as the girls sitting in front of her, destined for a life of domesticity. And now--Jaha is the first UN Women Goodwill Ambassador to Africa, challenging stereotypes and traveling around The Gambia in a bright pink bus to raise awareness about child marriage and female genital mutilation.

Jaha Dukureh travels by a pink bus with her nonprofit, Safe Hands for Girls

As these young women listen to her journey, it begins to dawn on them the magnitude of what she is saying. But instead of uncomfortable silence, the crowd is on the edge of their seats. After all these girls are anything but passive bystanders. These young women are burning with questions for Jaha. How do you get adults to take you seriously? How do you stand out in all of the constant noise of social media? How do you sustain momentum in a social justice movement?  These young women aren't shy. They aren't waiting for permission to make a change. These students are eager to learn best practices from a fellow young female mentor with international experience in community organizing.

"I think the most important thing is to not let other people shame you out of speaking up" Jaha urged. "When someone tells me to be quiet, I speak louder. Remember who you are really fighting for. I do this work so that the next generation of girls will not have to go through what I have."

At only 28, Jaha Dukureh is just starting on her social justice path. But she remains a source of inspiration for other young women who want to break out of societal expectations to become leaders in their communities around the world. We are proud to have brough Jaha Dukureh to speak at our 2019 International Speaker Series, "Future Leader, Global Voices." 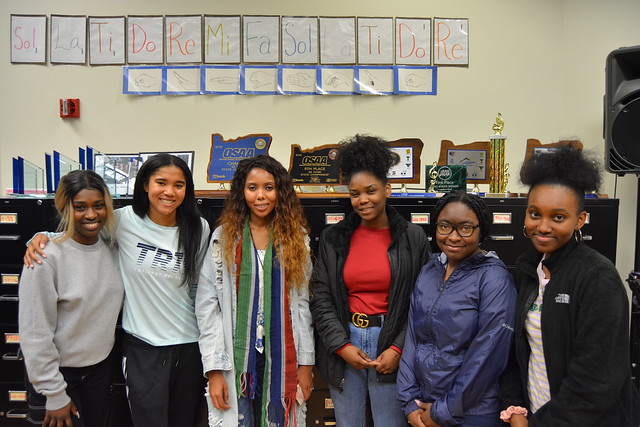