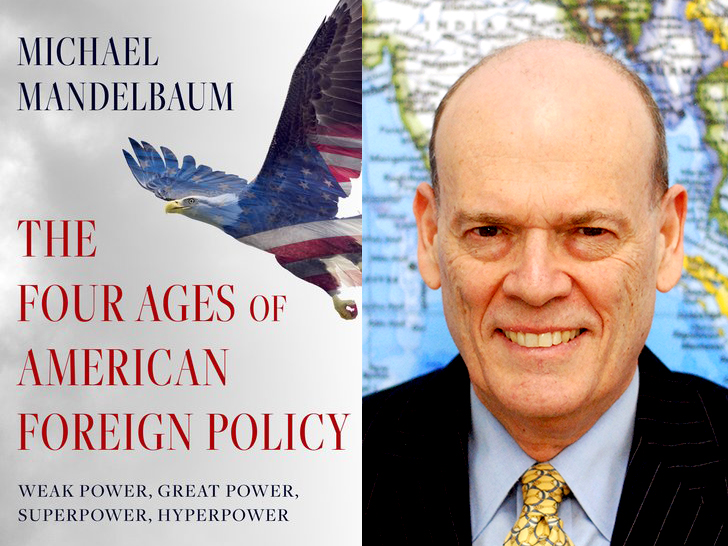 “A deeply insightful—and disturbing—analysis of both history and current affairs.” —Kirkus Reviews

The United States is now nearly 250 years old. Once upon a time, far removed from the centers of power in Europe, the U.S. is today the world's most powerful country, with its largest economy and most powerful military. How did America achieve this status?

Join us for an expansive, far-reaching discussion with preeminent foreign policy historian Michael Mandelbaum as he explores the evolution of foreign policy through four distinct periods, each defined by a consistent increase in American power relative to other countries. What features of American foreign policy enabled this rise? How did the U.S. wed economic tools as leverage for  the country's foreign policy goals? What factors of unusually democratic, popular influence helped chart this rise and growth? And where do we go from here?

With sweeping perspective and analysis, Mandelbaum charts the ascent of the U.S. —from weak power in the 18th- and 19th-century to a great power between 1865 and 1945, a superpower in the years from the post-war period to the 1990s, and on to finally to its position as the world's sole hyperpower, from 1990 to 2015. This online program with Mandelbaum, the Christian A. Herter Professor Emeritus of American Foreign Policy at The Johns Hopkins School of Advanced International Studies—offers audiences a clear framework for understanding the history of the foreign policy of the United States and we hope you can join this rich discussion.

Michael Mandelbaum is the Christian A. Herter Professor Emeritus of American Foreign Policy at The Johns Hopkins School of Advanced International Studies. He is the author of sixteen previous books, including Mission Failure (Oxford, 2016) The Rise and Fall of Peace on Earth (Oxford, 2019), and, with Thomas L. Friedman, That Used to Be Us (2011).