“I connect with WorldOregon because I believe in humanity and not nationality.”

Charlie Hatcher was first drawn to international issues when he learned about the growing climate crisis. After reading about the issue, Charlie came to realize that climate change was more than just a national issue. It was a global epidemic that required international collaboration. So Charlie began looking at organizations in Portland that were trying to make an international impact. That's when he came to find WorldOregon and get involved with the Young Leaders in Action Program (YLA). 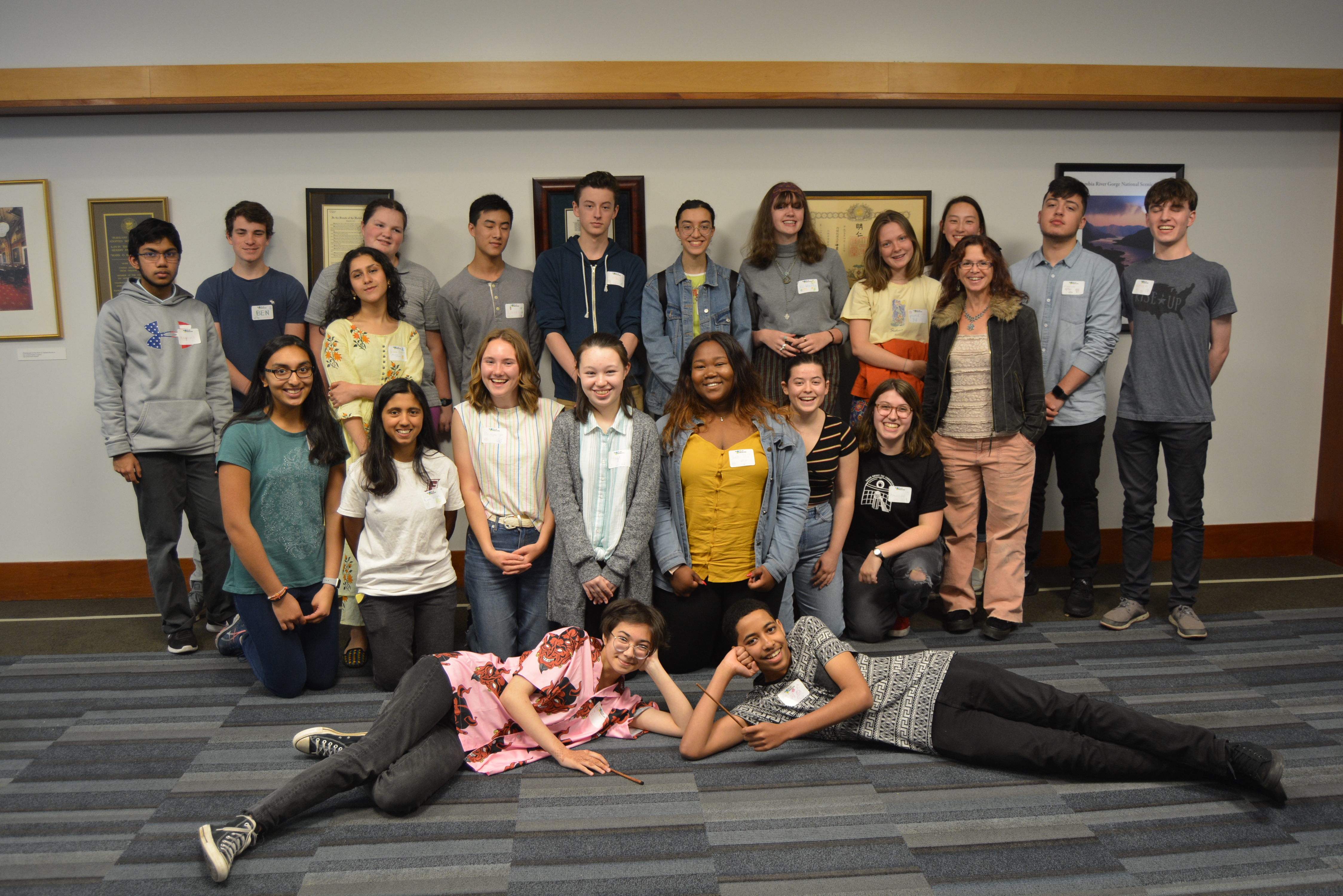 A short while later, Charlie learned that WorldOregon was looking for overnight hosts for an incoming group of Iraqi youth leaders. His family immediately jumped at the opportunity to welcome an international visitor into their home. After reading through the fine print Charlie noted that the U.S. Department of State program also welcomed American students to participate in workshops with the international youth visitors. So Charlie sent in his application and in a matter of months was approved to participate in the Iraqi Youth Leadership Exchange Program (IYLEP).

"I was excited to participate in this program because one of the goals was to give youth experience of real world activism and concrete ways of how to help one another globally" Charlie said.

Together with 40 youth from around the U.S and Iraq, Charlie headed off to Vermont to participate in the initial orientation. Afterwards the students traveled to three different cities in the U.S (Tulsa, Chicago, and Portland) for additional meetings and workshops. Charlie was one of 15 students selected to travel to Chicago and visit with our sister organization, World Chicago. During their time in Chicago the group met with various organizations focused on education, restorative justice, and youth leadership. They were also able to share their own unique stories and experience as international youth.

"One of the major things we were doing throughout the program was these things called Dialogue Workshops where we would get into small groups and talk about a big issue. The idea was to try to have these honest conversations about big subjects.

One of our Dialogue Workshops that had the most impact was when we talked about the conflict between the U.S. and Iraq. It was really engaging for everybody. I didn’t know a lot of the history, but I heard a lot of stories from the students about hiding under a table to seek shelter from bombing raids or stories of meeting American soldiers. Our discussion was really intense and visceral, but good.”

After two weeks of leadership training in their various cities, all of the IYLEP participants traveled back to DC to share the lessons they had learned from their respective cities. Charlie was curious to hear from the IYLEP group that stayed in Portland--especially from the two youth who stayed in his home.

Both students had absolutely fallen in love with Portland and were among some of the most eager to explore the city, always suggesting various sites they wanted to visit. He was also excited to hear that one of the Iraqi host students had made traditional dolma for his family. However Charlie was less excited once he got home and realized there were no more leftovers.

Thinking about the future, Charlie would like to study politics and go to law school. He is still interested in the issue of climate change which first attracted him to global issues, but thinks he can also make a difference in other areas. Ultimately, Charlie still thinks it is important that we take youth leadership seriously and provide training through programs like YLA and IYLEP.

"I think it’s interesting the way our society views leadership in a “wait your turn and gain experience" before you can step up and tackle problems. I think that’s kind of messed up. We are mature people who see the events of the world today and understand the consequences. The youth of today are the people who will have to deal with the problems of tomorrow.

I originally didn’t see myself doing a program like IYLEP, but now that I’ve done it I can’t imagine having done anything else. It was an amazing experience to meet international youth and come together as future leaders."